Recently a Ferrari 250 LM sold for $14.3 million dollars. That is a high price for an exotic car, but a number plate in Abu Dhabi was purchased for the exact same amount: $14.3 million. The most expensive number plate sold for the staggering sum was number 1–the most desired digit in Abu Dhabi. The kicker is that the plate graces a mere million dollar ride, a 2006 Pagani Zonda roadster. Let us dive deeper into the subject in order to grasp the insanity. The most expensive number plate is the number 1 in Abu Dhabi.

There is a tremendous difference between acquiring a license plate in America Vs. Abu Dhabi. In America, it is very much a hassle and some do shell out extra for a ‘vanity plate’. In Abu Dhabi, the number plate seems to be more of a status symbol than the vehicle itself! It would not matter if the driver was gripping the wheel of the best supercar on earth, they would still endure ridicule and judgment if their number plate were not a desirable one. For example, the numbers 1-10 are the most sought after, followed by combinations like 11, 22, 33 or other repeating patterns. There are up to 5 randomized digits on a Abu Dhabi license plate. 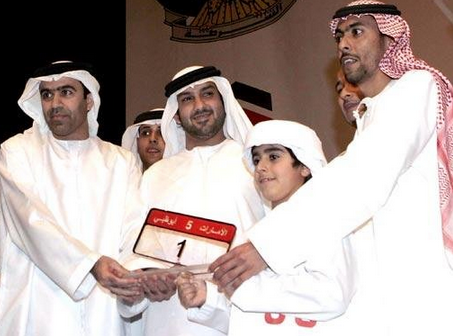 Other popular plates in Abu Dhabi include the model number of the car, for example a Ferrari 458 with the number plate 458 would be acceptable, or a Porsche 911 with a 911 plate…you get the idea. This is why it is completely normal for a number plate in the region to exceed the cost of the car it graces. The previous winner of this insane competition purchased the number 5 license plate last year, an honor purchased for the sum of $6.8 million dollars. He is also related to the new #1 owner, which creates a fun family competition. The number 1 license plate in Abu Dhabi is officially the most expensive plate in the world.